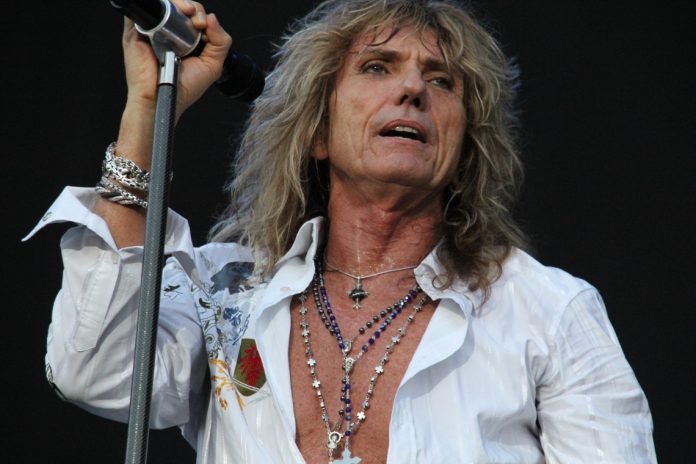 Originally set for release this summer, Whitesnake have confirmed their new album ‘Flesh and Blood’ won’t see the light of day until early 2019.

A highly apologetic joint statement from Whitesnake and their record label Frontiers Music srl this afternoon blames “technical issues whilst mixing the album” for the delay.

The good news, however, is that David Coverdale and co. will embark on a world tour in 2019 to support the album’s eventual release.

The full statement reads: “It is with great disappointment that, following technical issues whilst mixing the new ‘Flesh and Blood’ album, Whitesnake and Frontiers have mutually agreed to delay the album release until early 2019.

“The release of the new studio record is to coincide with the Whitesnake Flesh & Blood world tour.

“Whitesnake would like to express their sincere regrets to our Fans All Over The World for any and all disappointment and promise the album and tour will be worth waiting for.”

When it’s released, ‘Flesh and Blood’ will be Whitesnake’s first collection of original Whitesnake material since 2011’s ‘Forevermore’.

Speaking to US station SiriusXM Radio back in March, David Coverdale boldly proclaimed the record will be “the best Whitesnake album.”

Saltburn-by-the-Sea’s prodigal son added: “I know that’s clichéd stuff, but I know what I’m talking about. I should do after almost fifty years.”

Today’s delay isn’t the first hitch since Whitesnake began work on ‘Flesh and Blood’. In 2017, recording sessions were delayed when David fell ill.

“I got that horrible H3 flu, which took me out for, I think, about six weeks before I started to feel like myself again,” David said. “It was horrifying. It was that strain of flu that the anti-flu vaccination didn’t cover. It was just an evil, evil, evil strain of flu.”

The band have already filmed a video for the lead single, which David describes as “a kick-ass song.”

How To Play Deja Vu By Iron Maiden

0
Deja Vu is a track from the Album Somewhere in Time. It was released on 29 September 1986. It was the band's first album...
Iron Maiden Online Guitar Lessons

0
Blood Brothers is a song from Brave New World is the twelfth studio album by Iron Maiden, released on 29 May 2000. Blood Brothers was...