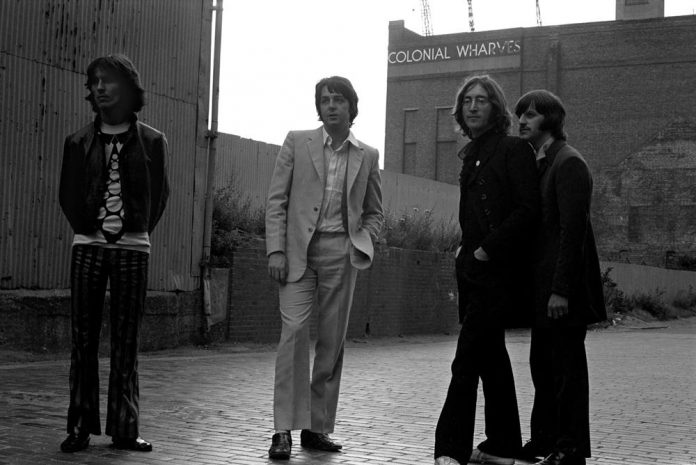 Learn how to play Revolution by The Beatles from the White Album released in 1968 as a B side to Hey Jude. Fun rocker from the Fab Four.

“Revolution” the Beatles, written by John Lennon and credited to Lennon–McCartney. Three versions of the song were recorded in 1968, all during sessions for the Beatles’ self-titled double album, commonly known as “the White Album”: a slow, bluesy arrangement (titled “Revolution 1”) that would make the final cut for the LP; a more abstract musical collage (titled “Revolution 9”) that originated as the latter part of “Revolution 1” and appears on the same album; and the better-known, faster, hard rock version similar to “Revolution 1”, released as the B-side of the “Hey Jude” single. Although the single version was issued first, it was recorded several weeks after “Revolution 1”, as a re-make specifically intended for release as a single.

Inspired by political protests in early 1968, Lennon’s lyrics expressed sympathy with the need for change but doubt in regard to some of the tactics. When the single version was released in August, the political left viewed it as betraying their cause. The release of the album version in November indicated Lennon’s uncertainty about destructive change, with the phrase “count me out” recorded differently as “count me out, in”. In 1987, the song became the first Beatles recording to be licensed for a television commercial, which prompted a lawsuit from the surviving members of the group.

Lennon wanted “Revolution 1” to be the next Beatles single, but McCartney was reluctant to invite controversy, and argued along with Harrison that the track was too slow for a single. Lennon persisted, and rehearsals for a faster and louder re-make began on 9 July; recording started the following day. This proved an immense success.

The song begins with “a startling machine-gun fuzz guitar riff”, with Lennon and Harrison’s guitars prominent throughout the track.[29] The distorted guitar sound was achieved by direct injection of the guitar signal into the mixing console. Emerick later explained that he routed the signal through two microphone preamplifiers in series while keeping the amount of overload just below the point of overheating the console. This was such a severe abuse of the studio equipment that Emerick thought, “If I was the studio manager and saw this going on, I’d fire myself.” Lennon overdubbed the opening scream, and double-tracked some of the words “so roughly that its careless spontaneity becomes a point in itself”, according to author Ian MacDonald.

“Revolution” was performed in a higher key, B♭ major, compared to the A major of “Revolution 1”. The “shoo-bee-do-wop” backing vocals were omitted in the re-make, and an instrumental break was added. “Revolution” was given a climactic end, as opposed to the fade out of “Revolution 1”. For this versin, Lennon unequivocally sang “count me out”. An electric piano overdub by Nicky Hopkins was added on 11 July, with final overdubs on 13 July and mono mixing on 15 July.

“Revolution” was released as the B-side of the “Hey Jude” single in late August 1968. In the US, the song peaked at number 12 on the Billboard Hot 100. The single was listed as a double-sided number 1 in Australia, while “Revolution” topped New Zealand’s singles chart for one week, following “Hey Jude”‘s five-week run at number 1 there. “Revolution 1” was released on The Beatles in late November 1968. It was the opening track on side four of the LP, four spots ahead of the companion piece “Revolution 9”.

Like “Hey Jude”, “Revolution” would make its LP debut on the 1970 US compilation album Hey Jude, the first time the latter song was issued in stereo. Lennon disliked the stereo mix, saying in a 1974 interview that the mono mix of “Revolution” was a “heavy record” but “then they made it into a piece of ice cream!” The song was released on other compilations, including 1967–1970 and Past Masters. It was remixed for the 2006 soundtrack album Love, appearing in full length on the DVD-Audio version and as a shortened edit on other versions.