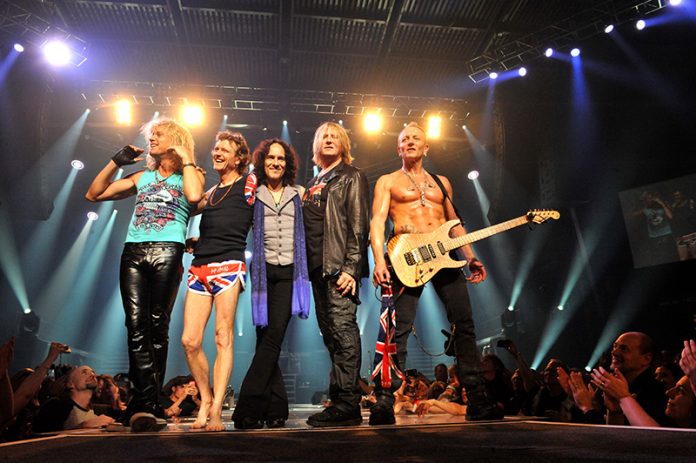 How To Play Lets Go By Def Leppard,

the complete guitar lesson including the Solo.

From the 2015  Self Titled album Def Leppard.

The lesson was requested by one of my subscribers a few weeks ago. Although very similar in riff structure to “Pour Some Sugar On Me” it is still a fun riff to play. Having figured out the riff I decided to go through the remainder of the song including the solo.

Vocalist Joe Elliott has described the track, “Let’s Go”, as “a call to arms and “a classic Def Leppard song. It’s that three-minute pop-rock stuff with big chunky guitars and a big chorus. And it has that swaggering, mid-tempo rhythm, like “Pour Some Sugar on Me“, and “Rock of Ages”.” He described that the band wanted a familiar sounding song to introduce the album, being released several years after their previous album.

In August 2015, singer Joe Elliott stated that the album would consist of 14 tracks with a running time of around 55 minutes. Regarding the sound of the album, he explained “It’s just called Def Leppard because that’s what it sounds like. It doesn’t sound like any one specific era of Def Leppard. It’s got everything. […] Every single aspect of anything we’ve ever wanted to put out — acoustic, heavy, soft, slow, fast — it’s there. That’s why we call it Def Leppard because, just like Queen were, we’re capable of coming up with vastly different kinds of songs.”

Guitarist Phil Collen referred to the album as “probably the most diverse thing we’ve done” as well as “the best thing we’ve done since Hysteria” as it contains “the loudest rock guitars we’ve ever had on some tracks.” However, he stopped short of calling it an “experimental” album, instead saying that it’s “more liberating and expressive”.

The Guitar sound for Def Leppard is always a challenge, using multi layered guitar overdubs in the studio to create the huge Leppard guitar chords is not so simple. What I did for this lesson was focus on sound of Phil Collen. I watched a number of YouTube videos where Collen was being interviewed and playing examples of Leppard songs. One thing that i noticed immediately was the amount of delay that he uses on this sound. I used an overdrive pedal to thicken up the sound, to really empathize the delay I put the delay pedal right at the end of the effects loop.

Pour Some Sugar On Me Def Leppard – Guitar Lesson