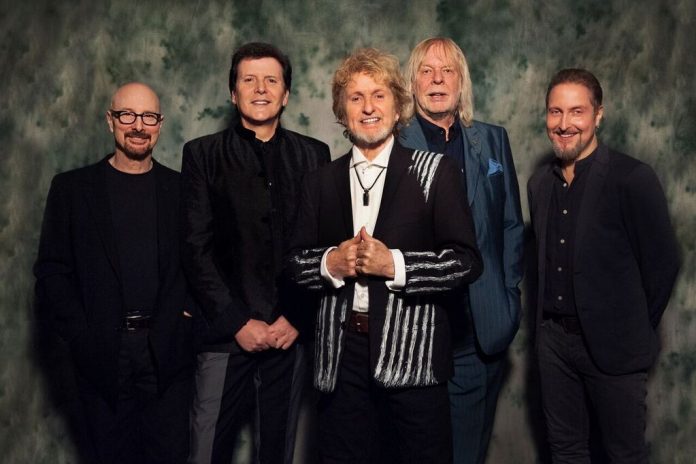 How to play Owner of a Lonely Heart by Yes. It is the first track and single from their eleventh studio album 90125, released in November 1983.

Owner Of a Lonely Heart was written primarily by guitarist and singer Trevor Rabin, contributions were made to the final version by singer Jon Anderson, bassist Chris Squire, and producer Trevor Horn.

This is what I call a true classic track. When I started thinking about creating a lesson on this song, I realized that I wanted to do a complete and in depth lesson.

There are so many great parts to this song that where recorded by Trevor Rabin.

So I decided to work through all the sections and post all the part that are overdubs to the main track in my Premium channel. This also includes the guitar solo.This lesson is based on the live version played by Trevor Rabin.

The Premium Channel lesson looks at the Studio Version, and includes how to play the solo, Tabs for all the sections and backing tracks that have the second guitar parts included and a backing track with no guitars.

“Owner of a Lonely Heart” was released in October 1983, as the album’s first single. It was a commercial success in the United States, becoming the band’s first and only single to reach No. 1 on the Billboard Hot 100 chart and its Hot Mainstream Rock Tracks chart. In 1984, the song reached No. 8 in the year-end charts in the US. The single was reissued various times throughout the 1980s and 1990s with different remix versions and B-sides.

Trevor Rabin, recalls one morning when he was on the toilet, and wrote “the whole thing, from beginning to end”. Rabin then put down his ideas onto tape using his home equipment which included a 4-track tape machine. One of the recordings consisted of the main verse and chorus riff played on an acoustic guitar with some vocals. A developed version with drums, keyboards, and a complete set of lyrics was completed in 1980. Both recordings were released on Rabin’s demo compilation album 90124, in 2003. For the full version, Rabin used the first and second tracks to record the instruments and vocals before mixing the song onto the third. He added: “You would be making decisions based on what was coming, and sometimes those decisions would be wrong – but you couldn’t undo them. One of the things, a happy accident, was that all of the brass stabs and those weird things that happen on the record – they were just a product of what happened with the demo”.

After relocating to Los Angeles in 1981, Rabin added the song to his collection of demos that he wished to develop for a fourth solo album. Among the record labels that Rabin pitched his work to was Arista Records, but recalled owner Clive Davis rejecting them on the basis of the songs sounding “too strange, and would not be a hit”, and suggested that Rabin “write stuff more like Foreigner and then come back. I never did”. Rabin then landed a development deal with Geffen Records who introduced Rabin to musicians with the intention of forming Asia, but Rabin declined due to the lack of chemistry and his preference in making a solo album.

Rabin’s deal with Geffen ceased in 1982, but an offer from A&R man Ron Fair of RCA Records was the first time Rabin’s songs were recognized as potential hits. Rabin said Fair called “Owner of a Lonely Heart” “a game changer” and offered him an album deal on the strength of it. However, Rabin turned it down when he agreed to form a new band with bassist Chris Squire and drummer Alan White of the progressive rock band Yes and make an album, initially under the name Cinema, for Atco Records. Much of the new material derived from Rabin’s demos, including “Hold On” and “Changes”, and displayed a more pop-oriented approach than what Yes had been known for. The group worked with former Yes singer Trevor Horn as their producer.

By January 1983, most of the backing tracks and vocals for the Cinema album had been recorded, but an additional song was needed. While Rabin was on a toilet break, Horn left his demo tape running and heard his version of “Owner of a Lonely Heart”. He disliked Rabin’s inclinations toward “American rock” in his songs and its verse lyrics, which he remembered going: “You don’t wanna go dancing, you won’t even answer the phone. You so scared of romancing, everything you do is alone”. However, he recognized the “powerful” introduction with its “snap jump cut” into the main riff, plus its strong chorus hook, as a hit single. “The verses of it were so awful that I was convinced that if we didn’t put loads of whizz, bangs and gags all over the verse that no one would ever listen to it”.

Horn recalled pleading with the band to record it on the grounds that they needed a hit single, despite the group’s reluctance. Subsequent musical and lyrical changes were then made by Horn and Squire, and for several days the group attempted to perform it. Horn was dissatisfied with the addition of various drum fills and superfluous sections, and suggested they record it “straight and simple” without changing the original riff. Rabin agreed to change his song this way, but wanted to keep the sound levels “very loud” which Horn “was totally into”. It took Horn approximately seven months to convince Rabin to rewrite the lyrics. Once Rabin agreed, several versions were produced which included Horn’s contribution of the verses including: “Move yourself, you always live your life…”, which earned him 15% of the song credit.

For the song’s opening, Rabin used the same guitar tone that he’d employed on a session he did for Manfred Mann’s Earth Band, which involved panning two guitar tracks left and right and aiming for a sound “as heavy as possible”. The arpeggiated guitar part on the verses was played on a 12-string Rickenbacker. Chris Squire’s bass guitar parts were played on two instruments. The main verse and chorus parts were played on his custom-built Electra MPC Outlaw, making use of two of its plug-in features (the octave box and the phaser); while other parts were played on his new Mouradian CS-74 (a custom-shaped guitar similar to his usual Rickenbacker 4001S. Squire also added a Motown-influenced bridge section to the song, following the second chorus.

At Horn’s suggestion, Rabin used the Synclavier synthesiser and sampler to replace his original keyboard parts. On the demo version, the breaks and flourishes had been played on a Minimoog synthesiser: Horn wished to keep them in the final song and had them rerecorded on his Fairlight CMI sampler, as well as reworking some of them using Synclavier and Fairlight patches and noises. For the “whizz, bangs and gags” sound effects, Horn used the Fairlight (programmed by J. J. Jeczalik). According to musician Questlove, “Owner of a Lonely Heart” contained the first use of a sample as a breakbeat, as opposed to a sound effect.

In April 1983, former Yes singer Jon Anderson joined the group (which resulted in Cinema changing their name to Yes). Anderson recorded his vocals to the songs while changing some of the musical and lyrical content. Horn remembered Anderson disliking the song’s new lyrics and his comment: “Well, it’s not like ‘Send in the Clowns’ anyway”. Consequently, Anderson rewrote Horn’s lyrics for the second verse, including the line “Watch it now, the eagle in the sky”. As a cheeky riposte, Horn and Langan added a gunshot sound effect immediately following that verse, thereby “shooting down” the eagle.

The final song was credited to Rabin, Anderson, Squire and Horn. Rabin recently clarified his view on the breakdown of credit and royalties: “Jon did add to my lyrics in the verses and deserved what he got, as did Chris. One can hear my development of the song on 90124; sound doesn’t lie. Trevor Horn being allotted a percentage was a thank you for introducing me to the Synclavier, which is one of the keyboards I used on the song and I had not used before. Also, for the fun we had making it”.

Horn has rated “Owner of a Lonely Heart” as one of the best tracks of his career.