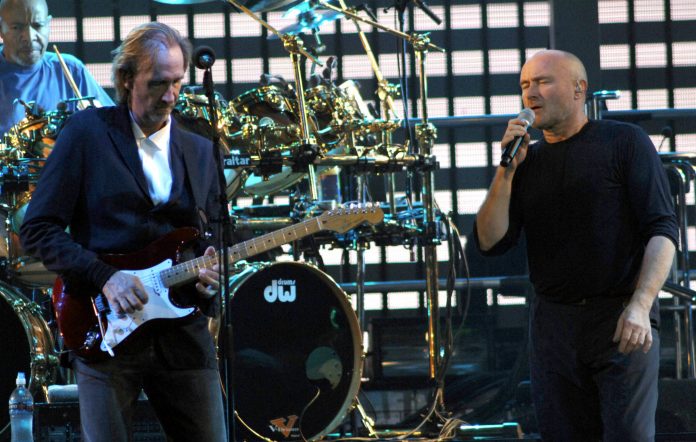 Follow You Follow Me was written and recorded by Genesis. It was released in February 1978 as the first single from their ninth studio album, …And Then There Were Three…

Follow You Follow Me was composed by the band, and the lyrics were written by bassist and guitarist Mike Rutherford.

The lessons is available exclusively on the Premium Channel

The song became the band’s most successful single, reaching # 7 on the UK Singles chart, peaking at # 23 on the U.S. Billboard Hot 100 and # 21 on the Adult Contemporary chart, #16 on the Australian singles charts, and #22 on the NZ singles charts. The song is included in the 2005 book, Rock Song Index: The 7500 Most Important Songs for the Rock and Roll Era, which states “the formerly progressive Genesis begins to proceed without impediment toward the Top 10”.

Like much of the rest of the album, the slower, sentimental “Follow You Follow Me” was a departure from most of their previous work as a progressive rock band, featuring a simple melody, romantic lyrics and a verse-chorus structure. Although previous albums contained love ballads, such as Selling England by the Pound’s “More Fool Me” and “Your Own Special Way” from Wind & Wuthering (1976), The song was the first worldwide pop success by the group. The band felt that their music was attracting mainly male audiences, so this song was written specifically to address the imbalance.

The song started from a chord sequence by guitarist Mike Rutherford, who also said he wrote the lyrics in about ten minutes. At the time, the band usually wrote songs individually. Keyboardist Tony Banks was quoted:

It was our only truly group-written number. Mike played the riff, then I started playing a chord sequence and melody line on it, which Phil then centralized around. It worked so well as a very simple thing; it was enough as it stood. I’d just written a simple love lyric for “Many Too Many”, and I think Mike was keen to try the same thing. Maybe the song was almost too banal, but I got used to it. I think we find it much easier to write long stories than simple love songs.

Drummer and vocalist Phil Collins described it as “a great rhythm track” but said it “was not intended to be a hit single”.

How To Play I Can’t Dance By Genesis

How To Play Ripples By Genesis

How To Play Entangled By Genesis

How To Play Ready To Rock By Michael Schenker Group

0
Ready To Rock is a a track from the album MSG, the second album by Michael Schenker Group. Ready To Rock guitar lesson is available on the...
Iron Maiden Online Guitar Lessons

0
"El Dorado" is the second track from Iron Maiden's 2010 album The Final Frontier. El Dorado is the band's forty-first single, and the only one from...
Judas Priest Online Guitar Lessons

0
“Gangland” is a song by Iron Maiden, written by drummer Clive Burr and guitarist Adrian Smith. It is the seventh track from the 1982...