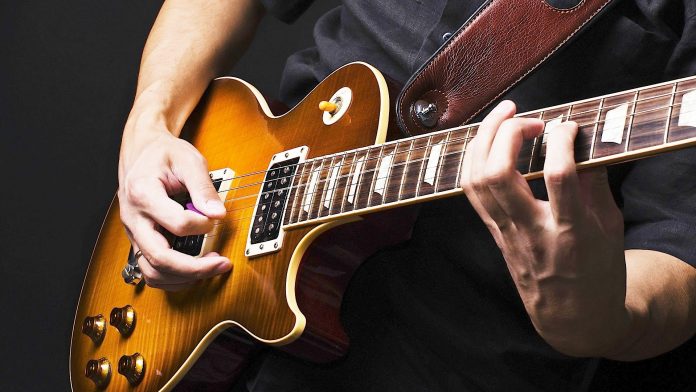 To fully understand what a chord inversion is we must first understand how a chord is formed. Chords can be classified into 3 main groups Major, Minor & Diminished. The chord is created by taking the 1st, 3rd and 5th note from a scale so in the case of C major we would use the C – E – G notes these being the 1st, 3rd & 5th note.

Using the CAGED system, we can play the C major in five different positions on the fret board. Each position is based on the root note.

If you look at each of the chord shapes you will notice that not every chord shape is built from the ascending order of notes 1 – 3 – 5 some of the chords are built from a different combination of the 3 notes.

Now we understand that we can now start to look at inversion. An inversion is a chord that is built from the 3 notes with either the 3 or the 5th note being the lower note on the fret board.

A simple way to do this is to use a shape from the CAGED system but only play a section of the chord by limiting the number of strings that we play. For more information on the CAGED system please follow this link CAGED System

In the diagram above we see an example of this. If you only play the D G & B strings you would be playing what is known as the 1st inversion of a C major chord.

In the next example by playing just the G B & E string we would be playing a 2nd Inversion C Major chord.

Simple examples of using inversion can be seen in many popular songs, a great example of this can be seen in the main verse section of Crazy train played by Randy Rhoades in the chord progression Randy uses the A string as a pedal tone and plays A major chord across the D G & B strings.

then moves to the 1st inversion of an E chord shown below.

He then finishes on a A chord played on the D G & B string which is actually an A major chord 2nd inversion.

The accompanying video discusses the subject in a greater detail and also includes more examples of simple songs that use inversions.

You can find the tabs below but before you go there if you enjoyed the lessons why not sign up for a free online guitar lessons with me.

0
“Gangland” is a song by Iron Maiden, written by drummer Clive Burr and guitarist Adrian Smith. It is the seventh track from the 1982...